Human occupation of Mongolia dates back 800,000 years. Paleolithic cave drawings at Khoid Tsenkheriin Agui (Northern Cave of Blue) in southwestern Mongolia were left by early man some 15,000 – 40,000 years ago, and represent some of the earliest examples of human art expression in the world (MRA ‘Southern Altai’ expeditions get the rare opportunity to explore this fascinating archaeological site). Over the millennia, nomadic tribes roamed the steppe lands of Central Asia, trading with and raiding one another in loose confederations of varying sizes.

During the Bronze and Iron Ages (3000 BCE – 800 AD), ancient nomadic empires and waves of human migration ebbed and flowed across the steppes. In the 3rd century BCE, the Hunic Empire emerged as the first consolidated political entity to unify Mongolia. After the Hunnu fragmented in the 1st century BCE, shifting tribal coalitions fought over control of Mongolia until the Turkic Kaganate rose to dominance from 552 – 745. The Uyghur and Khitan Empires also eventually rose and fell, but by the 12th century the steppes of Mongolia were again defined by shifting alliances of nomadic tribes raiding rival neighbors and one another.

Genghis (Chinggis) Khan (1162 – 1227) was ten years old when Tatar enemies assassinated his chieftain father. Orphaned and later enslaved, the future Khan survived to make a bold escape, re-unite and inspire his scattered people, defeat his rival tribal enemies, and then eventually conquer the known world! Collectively, Chinggis and his descendants consolidated and briefly ruled the largest land empire in history. The horse-borne, disciplined Mongol warriors proved an irresistible force on the battlefield, even though usually pitted against superior numbers of opposing forces. At it’s greatest expansion the Mongol Empire encompassed all of Asia, stretching from the Mediterranean to the Pacific and from Siberia to Indonesia. The military exploits of Chinngis are well documented, but his legacy of religious tolerance, an egalitarian legal code, a written language, and national identity for the Mongolian people, stand in sharp contrast to his historical reputation as a bloodthirsty barbarian. For an excellent account of the life of Chinggis Khaan and the history of the Mongol Empire, read the book ‘Genghis Khan and the Making of the Modern World’ (2004), by Jack Weatherford.

The Mongol Empire unraveled in the hands of Chinggis’ offspring. By the time Kubilai Khan, Chinggis’ grandson, established the Yuan Dynasty in Beijing in 1271, the real power of the Mongol Empire had shifted from the old Imperial capital at Karakorum to the various Mongol Hordes expanding their own territories at the margins of Asia. Within 100 years the friendly Yuan Dynasty had crumbled, and the new Ming Dynasty in China began a campaign of aggression against Mongolia. The next several centuries witnessed the demise of Mongolian military dominance in the region, coupled with the gradual introduction of Buddhism in Mongolia. Throughout the 14th and 15th centuries Chinese armies repeatedly sacked cities and villages in Mongolia, but were always driven back by Mongol forces. Eventually, Manchu armies defeated organized resistance in Mongolia, and for the next two centuries the Mongolians kowtowed to unwelcome Manchu rulers.

Manchu rule ended in 1911 with the Republican Revolution in China, and Mongolia used the opportunity to declare independence. Mongolian aristocrats placed the Living Buddha of Urga on the throne, and with the support of the Buddhist clergy, the Boghda Khaanate of Mongolia was formed. For the next decade Mongolia was the rope in a tug of war between powerful Russia to the north and China to the south. In 1924 the Boghda Khaan died, and Mongolian Communists formed the Mongolian People’s Republic, patterned after the Russian Soviet style government. Mongolia thereby became the first Soviet satellite state, and remained in that orbit until 1990. During this 70-year period social upheaval altered the culture of Mongolia. Collectivization of the herds, severe persecution of Buddhist clerics, and governmental repression of national pride and identity, drastically affected Mongolian society. Deteriorating relations with China and increased Mongolian dependence on Russia continued until the sudden disintegration of the Soviet Union in the early 1990’s.

As their Soviet 'Big Brother' pulled out of Mongolia, communist power within the country also unraveled. The peaceful transition from Soviet satellite state to Democratic Republic of Mongolia, holding free elections in 1993 and embracing the global free-market economy, has also witnessed significant social upheaval in Mongolia. A new wave of migration is occurring as struggling nomads abandon the hardships of the countryside for perceived opportunities in the city (about half of Mongolia’s population now lives in urban areas). Large multi-national mining interests are investing substantial amounts of money into the future of Mongolia, reaping mineral benefits in return. This targeted influx of foreign investment greatly contributes to the emerging class structure in Mongolia; egalitarian social ideas are quickly being replaced by capitalist influence from the West.

Mongolia is a developing nation, and has its share of ‘developing’ problems. Before drawing any conclusions about Mongolia or it’s people however, one must truly consider what this resilient nation of 3 million people has been through; centuries of conflict with their powerful Chinese neighbors to the south, seventy years of failed Soviet communist policies, and the recent whirlwind transition to a democratic political system and capitalist economy in only 20 years. Now come to this incredible land and form your own opinion! 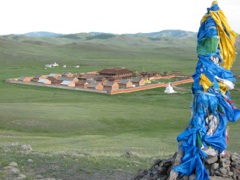 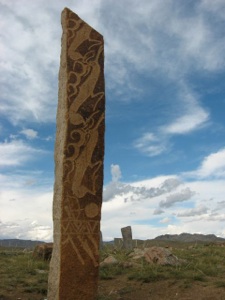 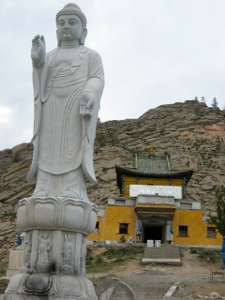