Mongolians are quite tolerant of foreign behavior (this dates back to the days of Genghis Khan “Chinggis Khaan”), and will not usually take offense easily because they understand we are ignorant of many of their customs. Nonetheless, they also appreciate our efforts to observe their cultural traditions and avoid common taboos. It is the Mongolian way to be quite accepting and at the same time indifferent to most things. While Mongolians generally do not display emotion in the same way westerners do, this does not mean they are not happy we are there. They simply don't show appreciation and gratitude in the same ways that we do.

Mongol culture places great value on hospitality to travelers. This also is a tradition dating back hundreds, if not thousands of years. You will likely be invited into even the poorest families ger for tea at some point in time. If you are not interested, ask your translator to politely decline, excusing yourself because you need to continue on your journey. If you want to have that experience there are a few common customs that you should try to observe:

When entering a ger, do not step on the threshold of the door; this is very bad form. This behavior was supposedly considered so impolite by Chinggis that an offender would be put to death! It is also impolite to lean over the threshold, i.e. to peer into a ger. In addition, it is considered a bad omen to spread ones arms across the doorway and touch both sides of the door-frame as you enter- this is because a cross in the doorway traditionally symbolized that a death has occurred in the ger.

Once inside a ger allow the host to direct you where to sit. Movement from the door should follow a clockwise direction, to your left (clockwise movement is also practiced in temples, etc.). You will probably be seated at the place of honor at the back of the ger. Try to avoid walking in front of an elder, or having your back turned to the alter or religious objects inside the ger (except when leaving).

Do not touch or lean against the two center support poles of the ger, which should be easy to avoid as the cooking stove is usually placed at the center of the ger. Once seated, try not to point your feet at the hearth, at the altar, or at another person. If you accidentally step on someone or kick their feet, you should immediately shake their hand to show you meant no offense. This last custom is observed throughout Mongolia, but is not strictly adhered to in exceptionally crowded places such as the bus or a busy market.

Gifts are offered at the end of a visit, and are not opened until after a visitor has departed. Mongolians feel that to open gifts immediately displays greed.

It is considered an insult to refuse food or drink when it is offered. Your host will be appeased if you take even a small amount- just a taste. Receive what is being offered with your right hand, or better still both hands (supporting your right elbow with your left hand is also a polite alternative).

When you receive a cup of tea, hold the cup from the bottom, not by the rim of the cup. Take a sip right after you are given the cup and before you set it down on the table. It is unnecessary, and considered quite strange to thank your host after the first round of tea or drink being offered.

When offered vodka you may drink it or soak your lips, then return the glass to the table to be re-filled and offered to your neighbor to your left (remember- clockwise). There is a more elaborate ritual you may follow if you don’t wish to drink the vodka, but this is probably best learned through example…

Do not ever point a knife at someone, and if cutting meat, always cut towards yourself and not in the direction of others. Always pass knives handle first.

A note about hygiene. Mongolians are not ignorant of hygiene, but the realities of an arid environment where water, if present at all, must be transported to the ger, making washing hands less of a priority than having water to drink and cook with.

That being said, I have never had food poisoning in the countryside. I usually come back to the states healthier than when I left simply because of hard work and a more wholesome diet.

If you are offered a snuff bottle, accept it the same as you would a gift of food or drink, then you may just crack open the top and take a dainty sniff.

Do not touch Mongolians on the head or shoulders, these are sacred parts of the body. Avoid touching the hat of a Mongolian, even if they are not wearing it.

It is very taboo to put trash into a fire. Fire is considered to be the purest of elements and must be treated as such.

Respect Mongolians wishes if they do not wish to be photographed. In some instances they may expect to be paid by the photographer. Consult your translator on an appropriate amount. If you tell someone you will send them a photograph, please do your best to make good on your promise.

Mongolians do not like to bargain. In appropriate situations you may be able to get something for slightly less (maybe 10%) than the asking price. Mongolians themselves will not haggle with a shop-owner, but will generally take their business elsewhere.

Mongolians are very reticent to talk about negative topics such as death, disease, divorce, or talk bad about others (a very admirable trait!). 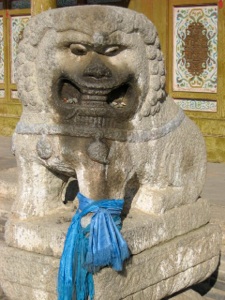 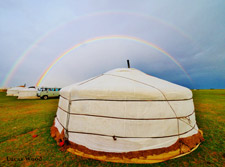 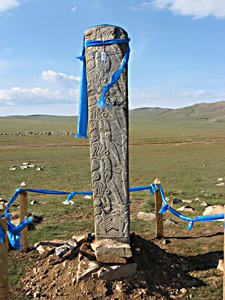 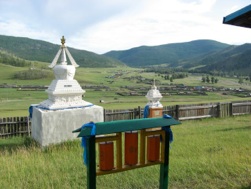